Many of you know I have a book coming out (Life Lessons for the Teenage Girl: Quotes, Advice and Inspiration for Women by Women) in November and that I contacted a number of famous and/or successful women to contribute to the book. Often I am asked about the silliest, rudest, or even most surprising response I have received to my requests. I am not talking about the advice actually dispensed (and some of that WAS too inappropriate to include in the book), but rather the response to even being asked to participate. Let me offer the caveat that these women, by virtue of their fame and success, are extremely busy. Not all that were asked agreed to participate, but some, in their responses, were quite amusing. I won’t name the women (feel free to guess, but I will never tell), but the stories should be entertaining without that information.

I don’t want you to get the impression that everyone we spoke with was difficult. Many explained their client was simply too busy (I get it), were asked to participate in too many projects (makes sense), had their own book coming out soon (Oooh, crap) or just wasn’t “available (it happens). But more importantly, many, many women participated in the book. They did so without a penny of compensation, without fear for how they might be perceived negatively by the reader and without concern about what is in it for them. To these lovely ladies, I offer my heartfelt appreciation and gratitude. You made a difference in this author’s work and, hopefully, made things better for even just one reader. 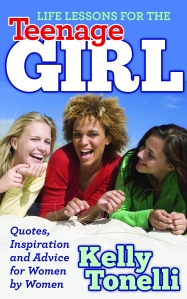