The Rise and Fall of the Disney Child Star

We’ve all heard the tragedies that have unfolded for former child stars – both those long ago and more recently. There are tales of addiction, mental illness, violent relationships, legal problems, and the career-ending oblivion of being forgotten. This occurs across race and gender lines, but there seems to be a specific pattern of behaviors for Disney child stars gone wrong.

It starts out fabulous. The young lady is signed to a hit TV show, record label and/or movie. She is in the spotlight all of the time. Young boys crush on her and young girls want to be her. She has access to money and resources and receives tons of attention and adoration. The most valuable thing about her is her wholesome image. This image is protected like the most exquisite gemstone. Her clothing and hairstyle are carefully selected. Her friends are chosen and, when she is old enough to date, so will be her boyfriends. She does not hang out in bars or wild parties, but is involved in a number of charitable organizations.

Then… the show ends… She is no longer a little girl and may begin to panic about what comes next in her career. Often, she has grown tired of her squeaky clean image and is eager to reinvent herself as a woman – sexy, maybe a little dangerous. She frequently pushes to such an extreme she shocks her fan base. Tabloids shout about her drug use, promiscuity and other scandalous behaviors. She receives a lot of attention (most of it negative), but this typically does not translate into the grown-up career she desires. Instead, she is a bit of a joke.

If she is lucky, she has an opportunity to get out of the spotlight for a while. This gives her a chance to realize she doesn’t have to be the opposite of her child star persona to be relevant. She can (hopefully) find someplace in the middle to make her own. She can figure out who she is without everyone else’s influence and become comfortable in her own skin. When this happens, these stories can have a happy ending.

This doesn’t always work. Some are unwilling/unable to take time away from public attention and figure herself out. She has developed an appetite for attention that cannot be contained. She may have a “momager” who is pushing for the next payday. She may be too deep into her addictions to think rationally. She may be too mentally ill to manage her own affairs. These stories often end tragically – overdose, suicide, arrests, hospitalizations.

So what is the answer? What can we do to bring about more positive outcomes and less tragedy? I’m not really sure. If I had my way, there would be an “exit interview” type situation when a show ends. The kids would be educated about what happens next and how to manage their upcoming life changes as positively as possible. Maybe a support group of kids in similar situations. Perhaps a mentorship relationship with a former child star who successfully navigated to the other side. Would they even listen? Maybe not all of them, but wouldn’t it be great to rescue the ones who would?

I Feel Sorry for … (Insert Name of Celebrity Douche Bag Here. For the purposes of this blog, I am going to use Justin Bieber. I feel sorry for Justin Bieber.

I know. Your jaw just dropped. Justin Bieber, the super rich 20-year-old celebrity? The one who keeps getting in trouble with the law? The one who had teen/preteen girls screaming his name and crying hysterically? Yep, that’s the one. Look, I know he hasn’t exactly been a shining example of good behavior over the past couple of years, far from it, but imagine what it must be like to be Justin Bieber. Yes, he has ridiculous amounts of money, can buy almost anything he wants and can travel anywhere his heart desires, but he has to be a total mess. Here are the reasons why your life is better than Justin Bieber’s:

Are you feeling a little worse for Justin Bieber yet? He may have money and fame. He gets to travel and hang out with some of your favorite celebrities. But it has to be a terribly lonely place to be. He is isolated while in the midst of the world’s biggest crowds. You can rely on the relationships you build with your friends and family. You get to keep your mistakes private, or at least limit the public exposure. You get to make choices for yourself based on your own wants and needs. And you get to learn the lessons that will enable you to be a fully functioning adult someday. Maybe we should condemn young celebrity a little less and can find it in ourselves to have some small amount of empathy for them instead. 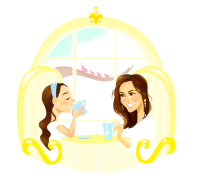 Advice for my daughter:

Did I miss anything? I’d love some suggestions!

Do you ever think about what you would do if you won the lottery? This comes up from time to time in Casa Tonelli – unusual because we rarely buy lottery tickets. But, we have a plan. It’s important to have a plan.

Did I miss anything? Would you do anything differently? I’d love to fine tune my plan in case my numbers are ever called (assuming I bought a ticket)!

Welcome to Psycho Babble where I will babble about anything and everything psychology related. I am open to any input you may have about what interests you and will do my best to answer any and all questions. Until I receive some suggestions, you are stuck with whatever is going on in my mind. So, let me make a recommendation – start suggesting things because my brain is a scary place!